1. 3JCN is much simpler than Western notation: The below picture shows how music notes and rests are represented in Western and 3JCN. 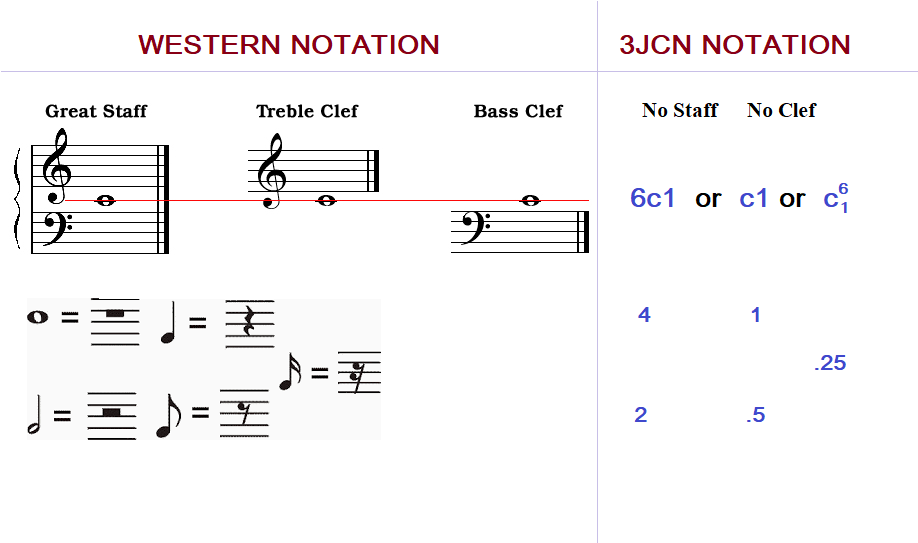 2. Musical terms "Treble clef", "Bass clef", "Tenor clef", "Alto clef" do not exist in 3JCN music notation. Western must use bass clef, treble clef, tenor clef, alto clef, ledger lines (leger lines), 8va (an octave higher than written) and 8vb (an octave lower than written) to describe different range of notes.
3JCN uses only one format for all musical notes, for examples 3g1 or 5b4 or 8a2.

4. 3JCN can keep a song in the form of a poem, Western cannot do it.
Look at the song "MAIN DANS LA MAIN" that takes its lyrics from a poem:

6. Composers don't need any music software to create music sheets. Look at the song "Main Dans La Main" above.
​Any text editors such as Microsoft Word, Notepad, Acrobat Writer, ... can be used to write music! 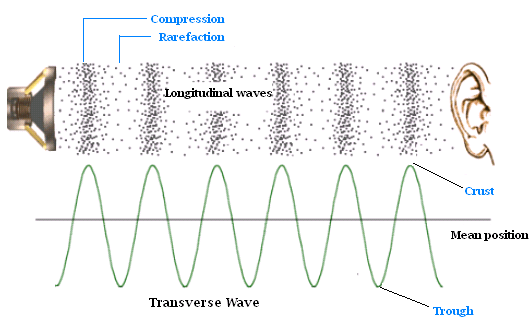 9. If you take a look at 3JCN music sheet at the first time, you might feel it looks like a sheet of math homework. That is another great thing of 3JCN: It shows the relationship between music and mathematics.
Ever since Pythagoras used numerical terms to express intervals between notes and derived musical tones from geometrical patterns, mathematicians have linked music to numbers . Music elements such as tones, pitches, intervals, chords, scales, harmonics, rhythms, chord progression, tuning, time signature, key signature, etc. are related to mathematical terms like counting, ratio, fraction, series, patterns, prime numbers, Fibonacci numbers, etc. which are belonged to different mathematical subjects such as Algebra, Abstract Algebra, Number Theory, Set Theory, Geometry, etc.

10. 3JCN can help people post music notes (not only icon) and write songs on Facebook or on iphone text messages with no effort (no need mobile app or ASCII codes or copy & paste from web pages, etc.)

For people, who already know Western music notation, they just need couple hours to master 3JCN music notation.
For people, who start to learn music, 3JCN is the fastest method to help them play musical instruments.
3JCN is abbreviation for Thomas' Children names.
We hope that after studying this new system, people will understand the great benefit from which they have obtained from learning music with 3JCN. Until then, they will appreciate the advantage of 3JCN. They will become our messengers to share this system with their friends.
Please leave your feedback in "Contact" page, thank you!